This paper is in the following e-collection/theme issue:

Preprints (earlier versions) of this paper are available at https://preprints.jmir.org/preprint/14729, first published May 18, 2019.

Mechanisms and Effects of a WeChat-Based Intervention on Suicide Among People Living With HIV and Depression: Path Model Analysis of a Randomized Controlled Trial

Mechanisms and Effects of a WeChat-Based Intervention on Suicide Among People Living With HIV and Depression: Path Model Analysis of a Randomized Controlled Trial

Authors of this article:

Department of Epidemiology and Biostatistics

Objective: This study was designed to examine the mechanisms and effects of a WeChat-based intervention, Run4Love, on suicide among people living with HIV and depression in China, while considering perceived stress and depressive symptoms as mediators.

Methods: A sample of 300 People living with HIV and depression was recruited from the outpatient clinic of a large HIV or AIDS treatment hospital and was randomized to the Run4Love group or a control group. Data were collected at baseline, 3-, 6-, and 9-month follow-ups. Path analysis modeling, with longitudinal data, was used in data analyses.

Conclusions: Through path analyses, we understood the mechanisms and effects of an mHealth intervention on suicide prevention. The findings underscored the importance of stress reduction and depression treatment in such a program. We call for more effective suicide prevention, especially mHealth interventions targeting the vulnerable population of people living with HIV and depression.

Accordingly, in this study, we aimed to examine the mechanisms of the mHealth intervention Run4Love in a suicide outcome in a sample of people living with HIV and depression by conducting path model analyses, using longitudinal data from an RCT [14]. The Run4Love was a WeChat-based intervention, comprising 2 major components: the adapted cognitive-behavioral stress management (CBSM) course and physical activity promotion. It was designed to reduce stress through multiple coping strategies.

A total of 300 participants were recruited from an outpatient clinic of the only designated hospital for HIV or AIDS treatment in Guangzhou, China. As the capital city of Guangdong Province, Guangzhou is the third largest city in China. According to the AIDS Prevention and Treatment Report in 2017, more than 53,600 people living with HIV live in Guangdong province [22].

We recruited participants in the waiting room of an outpatient clinic. A member of the research team invited patients to participate in a research study. Those who showed initial interest were invited to a private space for further explanation and screening. The participation criteria included the following: (1) at least 18 years old, (2) HIV-seropositive status (registered in the hospital system or with an official document), (3) having clinically significant depressive symptoms (Center for Epidemiologic Studies-Depression; CES-D score≥16), and (4) having a mobile phone and WeChat account. Patients were excluded if they were (1) currently under psychiatric or psychological treatment, (2) unable to finish the questionnaire, (3) unable to read or listen to the materials on WeChat, and (4) unable to engage in physical activities because of medical reasons.

Participants who met the eligibility criteria and provided written informed consent were invited to participate. They completed a baseline survey before they were randomized to the intervention group or control group of the Run4Love trial. All participants received breakfast (milk and bread) as an incentive. The study protocol was approved by the Institutional Review Board of the Sun Yat-sen University.

The Run4Love intervention was adapted from the CBSM program [23], which was designed as a face-to-face intervention program for people living with HIV, and it has demonstrated good efficacy in various populations and settings [24-26]. We adapted the CBSM into a multimedia format and delivered it via WeChat, the most popular social media platform in China, with over 1 billion active users [27]. The intervention protocol is detailed elsewhere [14]. Briefly, participants assigned to the intervention group received a series of adapted CBSM courses, and they were encouraged to do regular physical activities for 3 months. Multimedia information, with automatic progress tracking and personalized feedback, was delivered via the Run4Love WeChat account (Figure 2). The main purpose of the program was to alleviate people living with HIV’s depressive symptoms and improve their quality of life by reducing perceived stress. Participants in the wait-list control group received a brochure on HIV-related nutrition. Outcomes were assessed at baseline, 3, 6, and 9 months. All participants in the control group would receive the intervention after the completion of the trial.

Depressive symptoms were assessed using the Chinese version of the CES-D scale at baseline and each follow-up [28]. The scale has been validated in various Chinese chronic patients, and it demonstrated high levels of validity and reliability [29,30]. The CES-D comprises 20 items, such as My appetite was poor and I could not shake off the blues. Participants were asked to select the frequencies of physiological symptoms during the past week. The total scores ranged from 0 to 60, with a higher score indicating a higher level of depressive symptoms. Participants with scores of 16 or higher were considered as having clinically significant depressive symptoms [31]. The Cronbach alpha of the scale was .77 in this study.

Perceived stress was assessed with the 10-item Chinese version of Perceived Stress Scale (PSS-10) at baseline and each follow-up [32]. The scale was the most widely used instrument to measure perception of stress; the validity and reliability of the scale had been validated and established in the Chinese population [33-35]. Participants were asked about their feelings and thoughts in the past month (eg, How often have you felt nervous and stressed?). The total scores of the scale ranged from 0 to 40, with higher scores indicating higher levels of perceived stress. Scores ranging from 0 to 13, 14 to 26, and 27 to 40 were considered as low, moderate, and high levels of perceived stress, respectively [36]. In this study, the Cronbach alpha of the PSS-10 was .67.

Baseline Characteristics of the Participants

The proportion of homosexual, bisexual, or sexual orientation–uncertain participants in the intervention group was slightly higher than the control group (130/150, 86.7% vs 115/150, 76.7%; P=.03). Other demographic characteristics, mental health outcomes (depressive symptoms and perceived stress), and suicide were balanced in the 2 groups at baseline.

Changes in Outcomes and Mediating Variables Over Time

Table 2. Mental health and behavior outcomes at baseline and follow-ups.

Results of bivariate analyses between demographic characteristics and suicide indicated that only employment was significantly associated with suicide. Specifically, employed participants reported lower rates of suicide than the unemployed (104/251, 41.4% vs 31/49, 63.3%, P=.005). Therefore, employment should be controlled as a covariate in the hypothesized path model.

After 3 months of the Run4Love intervention, 16 (5.3%) participants were lost to follow-ups, without their data of perceived stress and depressive symptoms at the 3- and 6-month assessments. The characteristics of the 16 participants were not significantly different from the remaining participants. The path model was estimated using data from the remaining 284 participants. The hypothesized model was examined, and there were 2 significant pathways: intervention→suicide and intervention→perceived stress→depressive symptoms→suicide. In this model, perceived stress did not appear to be significantly related to suicide (beta=−.05, P=.71), and the intervention did not affect depressive symptoms directly either (beta=−.06, P=.08). In addition, both employment and suicide at baseline were controlled as potential confounders in the hypothesized model, whereas only suicide showed statistical significance (beta=.44, P<.001). Consequently, employment as a covariate and the 2 nonsignificant pathways were removed in the final model.

Table 3. Coefficients of the pathways in the final model (n=284).

Implications of the Path Model

Consistent with the existing literature [15-18], perceived stress had a strong positive association with depressive symptoms, as evidenced by the large effect size shown in this study. This finding underscored the importance of reducing perceived stress to alleviate depressive symptoms in people living with HIV and depression. Many effective mHealth interventions that targeted depressive symptoms in people living with HIV have included stress management as a main component of the intervention, such as Web-based cognitive behavioral therapy [42].

The results also indicated the causal relationship between depressive symptoms at the 3-month follow-up and suicide at the 6-month follow-up. Consistent with previous studies conducted in the general population or psychiatric outpatients [5,6], the findings demonstrated that suicide might be effectively reduced through mitigating depressive symptoms. Furthermore, this study confirmed this relationship in the vulnerable population of people living with HIV and depression, who needed targeted intervention because of high rates of suicide. Some studies screened people living with HIV for depression before targeted intervention, and these demonstrated good efficacy [43-45]. Our data also suggested the importance of targeted suicide prevention intervention in people living with HIV and depression.

The direct effect of the mHealth intervention on suicide might also be explained by factors other than perceived stress and depressive symptoms, such as reduction of stigma and improvement of self-efficacy, positive coping, and social support. Further research is needed to better understand the roles and mechanisms of these potential factors on suicide.

Another finding of this study that needs to be noted is that people living with HIV and depression who committed suicide reported lower level of employment. Previous studies found that unemployment was a risk factor for suicide [46]. As a stressful event, unemployment could lead to financial distress and social isolation, which was associated with elevated stress and depression and, eventually, suicide [47,48]. Although the relationship was significant in bivariate analysis, it was no longer significant when other factors (perceived stress, depressive symptoms, and suicide at baseline) were controlled.

This study suggested that public policies and coordinated efforts should be made to improve mental health outcomes, especially to reduce suicide among people living with HIV and depression. At the health care level, depression treatment and suicide prevention for people living with HIV are urgently needed. Although the guideline of HIV treatment has recommended integrating mental health screening into regular HIV care [49], such a practice was rarely implemented because of limited psychological recourses, perceived stigma of people living with HIV, and extra commute burden of face-to-face psychotherapy [42]. In middle- and low-income countries, such as China, mHealth interventions such as the WeChat-based Run4Love can reach more people in a cost-effective manner [13]. Run4Love platform also provides useful functions, such as automatic progress tracking and personalized feedback, which are necessary for an effective intervention. Our data underscore the importance of integrating mental health services into routine HIV health care by mobile apps, such as WeChat. At the community level, we call for more mHealth interventions, such as Run4Love, to reduce stress and improve mental health outcomes of people living with HIV and depression.

Several limitations of this study should be noted. First, the participants were recruited from 1 hospital in a metropolitan area, and the majority of them were men. Therefore, the results might not be generalizable to all people living with HIV and depression in China, especially women or those in rural areas. Second, the measures in this study were self-reported, with potential recall or self-report biases. We did not include a standardized measurement of suicide, and we only had 2 items about suicidal ideation and suicidal attempt. Nevertheless, self-reported suicide assessment has shown a high level of agreement with a clinician-delivered face-to-face assessment, and this could serve as an efficient and reliable method to assess suicide outcome [50]. Third, like all modeling studies, assumptions were embedded in the current path model, for example, linear relationship among variables. Finally, the pathway model included only a limited number of covariates, and other potential factors that might affect mental health outcomes were not included.

This study was supported by a grant from the National Natural Science Foundation of China (Grant Number: 71573290) and China Medical Board (Grant Number: 17-271). The funder had no role in study design, data collection and analysis, or writing of the manuscript.

This is an open-access article distributed under the terms of the Creative Commons Attribution License (https://creativecommons.org/licenses/by/4.0/), which permits unrestricted use, distribution, and reproduction in any medium, provided the original work, first published in the Journal of Medical Internet Research, is properly cited. The complete bibliographic information, a link to the original publication on http://www.jmir.org/, as well as this copyright and license information must be included. 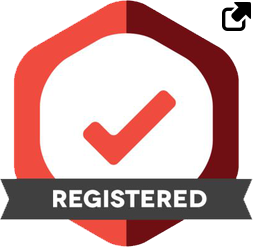 END for: Endnote
BibTeX for: BibDesk, LaTeX
RIS for: RefMan, Procite, Endnote, RefWorks
Add this article to your Mendeley library

This paper is in the following e-collection/theme issue: